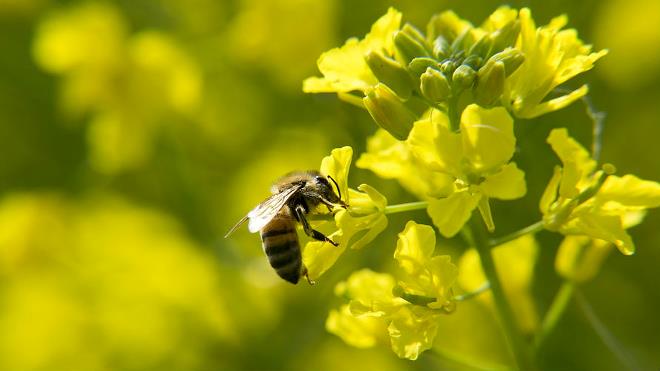 In Denmark, there are almost 300 different species of bees. They are very important as pollinators.

The world's bees stocks, according to experts, have had some hard decades.The stocks have fallen all over the world and the last decade has been particularly bad. Among other things, the United States has suffered major losses of honeybees, and the phenomenon of mass deaths among honeybees has come to Western Europe and Denmark. It is among other things the living conditions for the bees have deteriorated, but pesticides and diseases also play a part.

Especially specialized bees, which often only live from nectar and pollen from a single or a handful of plants, disappear in these years. Here are the reasons many times that they lose their food base and the places where they can live and overwinter.

The problem is, among other things, that in Denmark and in many other countries there is a very monotonous agriculture without the variety of crops and flowers that different wild bees need. In addition, we have removed many natural fences in the landscape - for example, hedges of bushes between fields - as we remove all weeds and flowers from the roadsides.